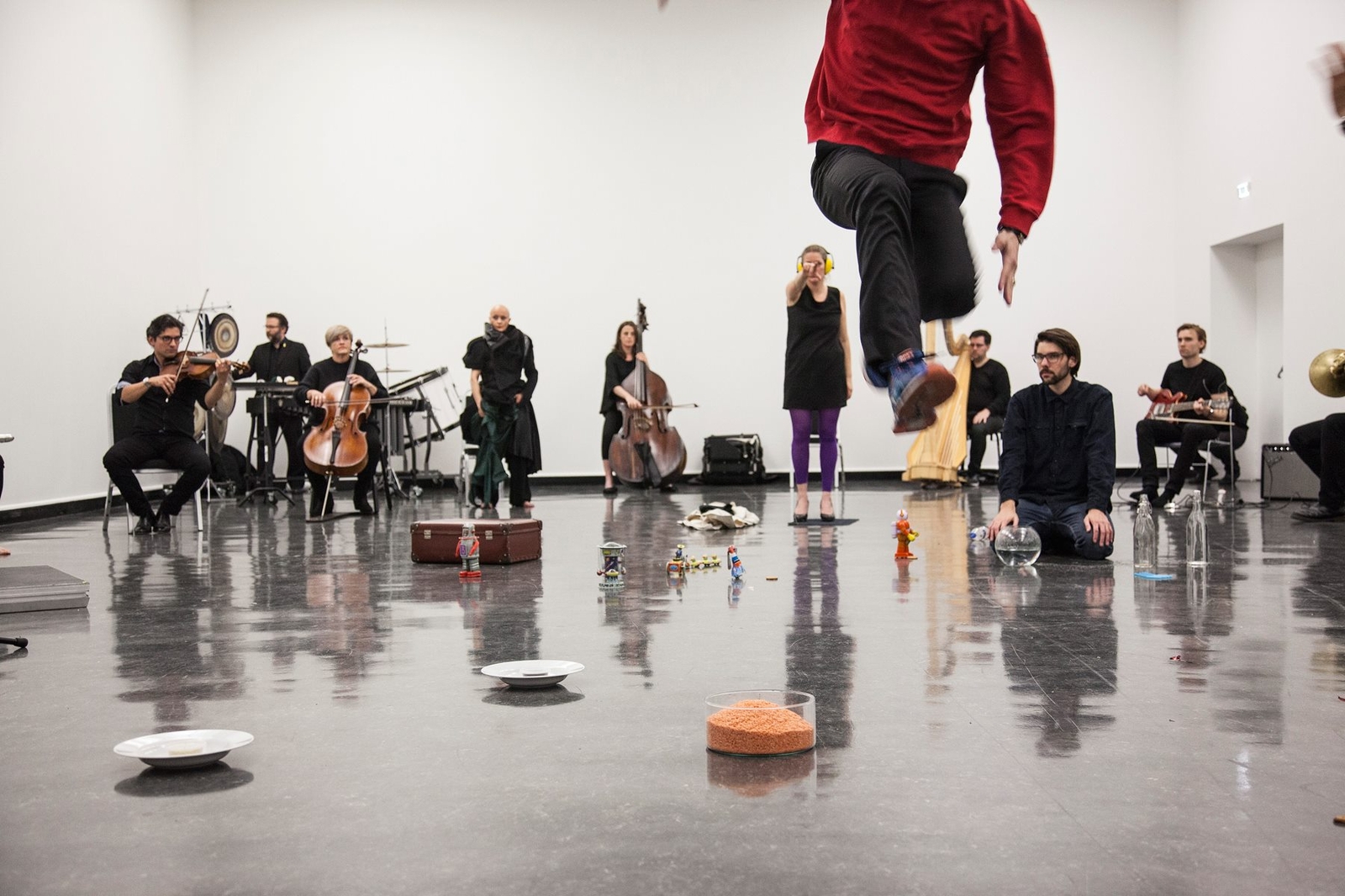 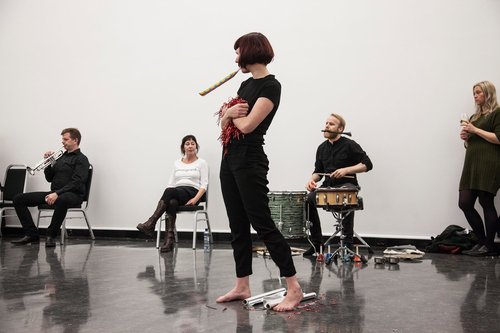 BIT 20 ensemble will be using Finnissy’s Alongside, one of his most virtuosic ensemble pieces as the musical starting point for the Soundpainting performance in collaboration with artists from PAB. Soundpainting is a method developed in the 1970s as a means of ’real-time’ composing not just for musicians but for performers of every kind.

For this project Jostein Stalheim and Ricardo Gassent Balaguer of Soundpainting Madrid lead a group of musicians, dancers and performance artists in creating pieces that are visual and theatrical as well as musical.
THE COMPOSER MICHAEL FINNISSY, who turns 70 this year, is an important and much-loved figure in British music. As well as being a virtuoso pianist, his intricate, complex and often overtly political music has influenced several generations of composers. Finnissy’s music is also highly sensual and probing, compelling us to explore musical terrains that are diverse, dramatic and unpredictable.

Documentation from the event - Soundpainting at BIPF
Photo: Kobie Nel 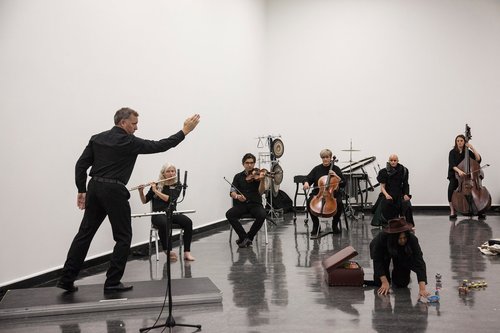 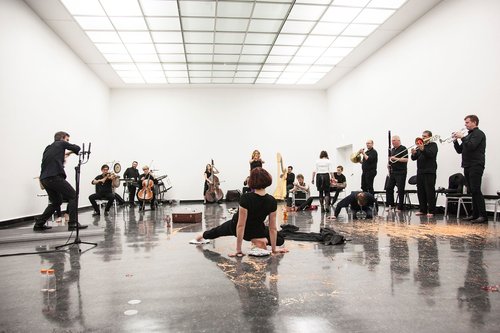 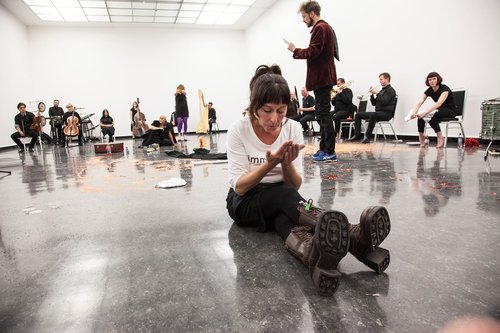 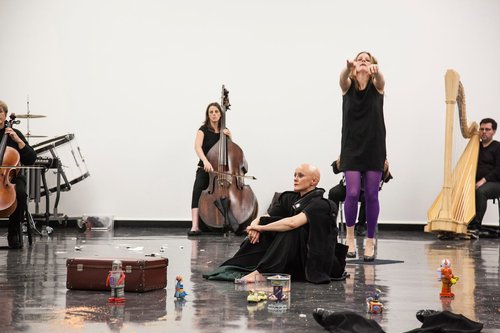 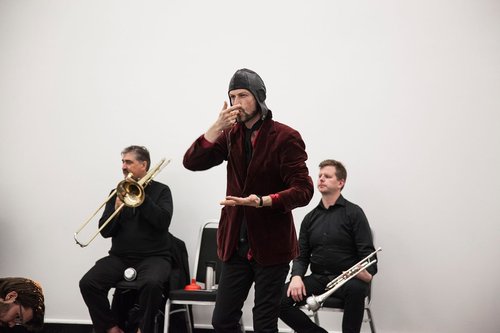 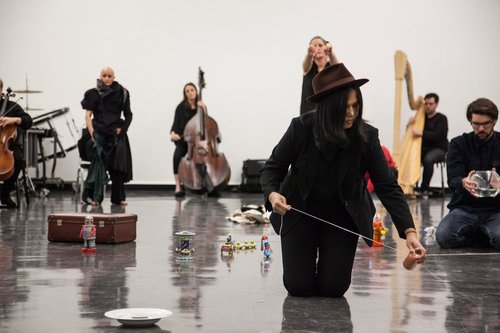 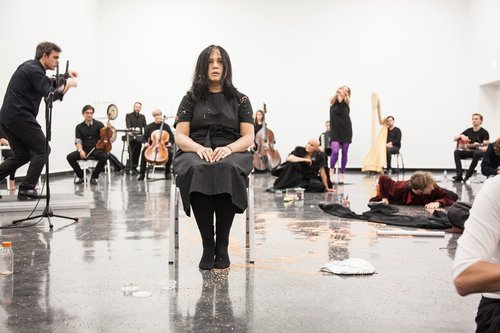 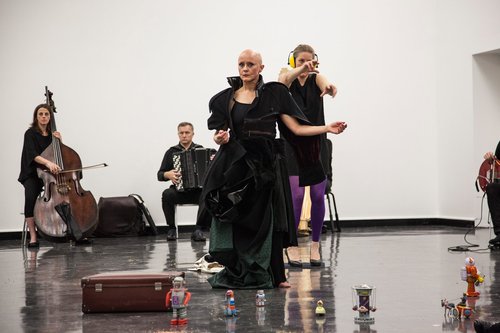 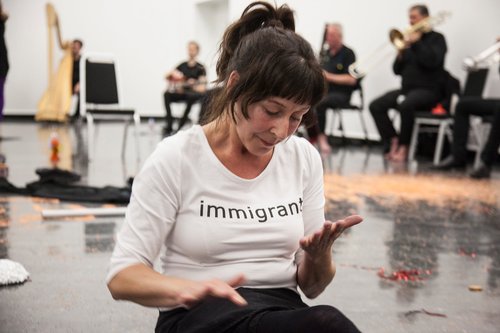 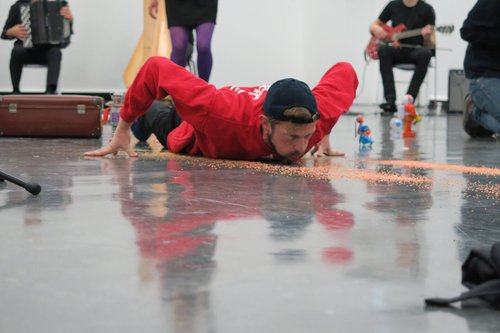 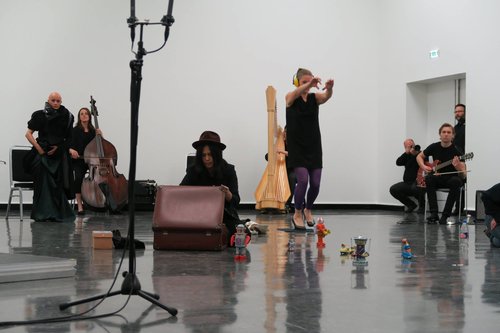 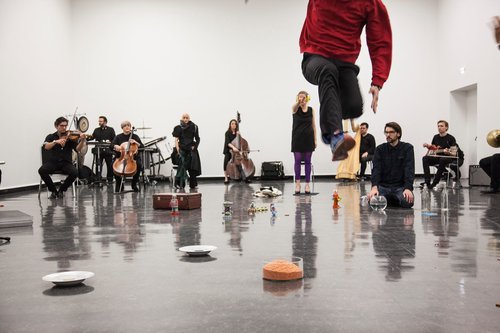