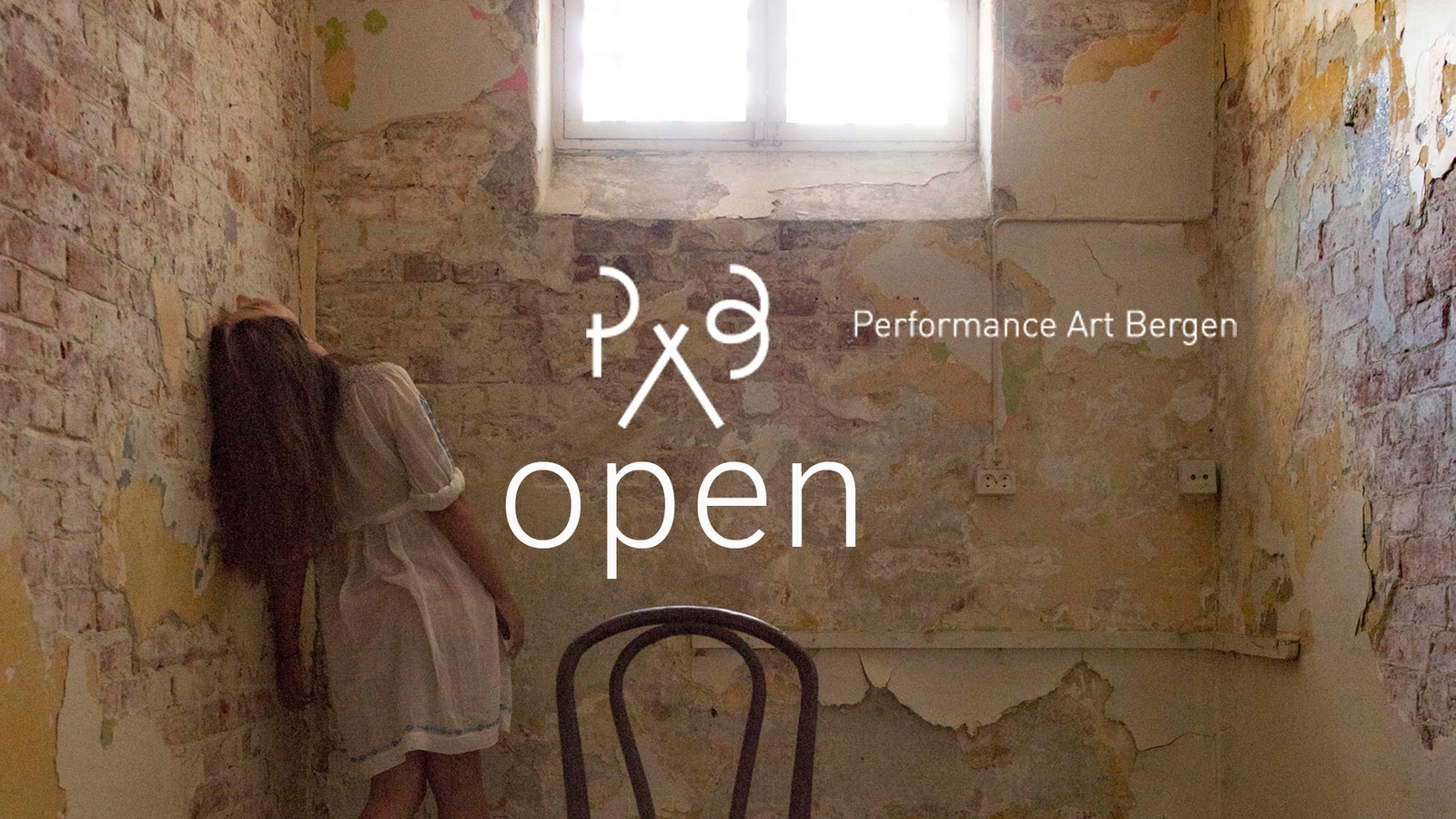 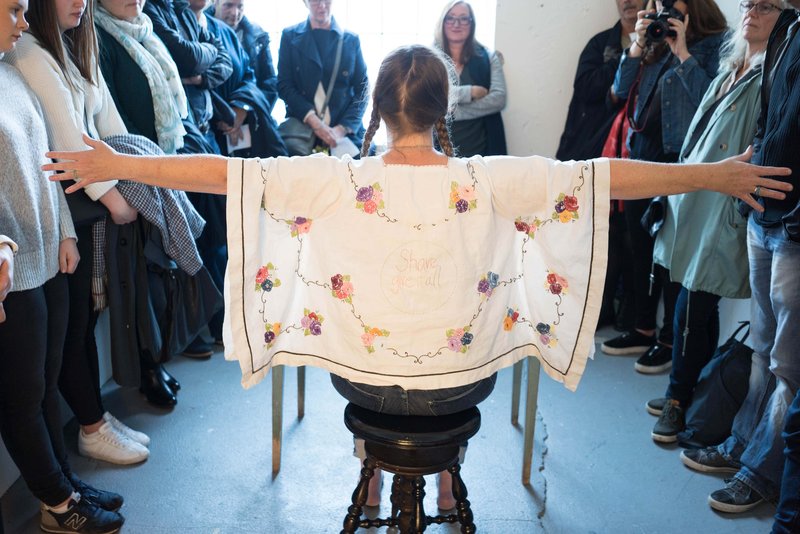 A unique experience in which 39 hotel rooms will contain various performances by international and national artists. As an audience member, you will enter the 5th floor, wander between rooms and experience a rich and varied program of performative expressions. 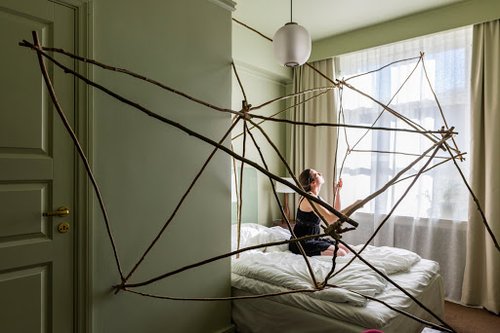 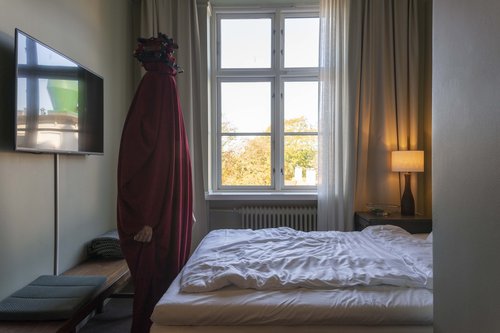 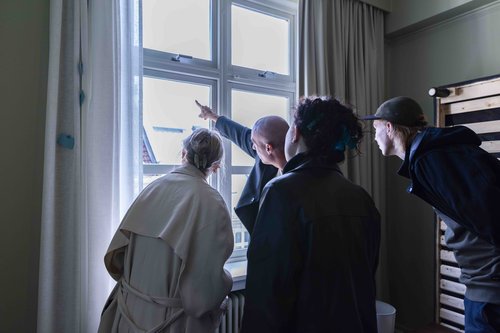 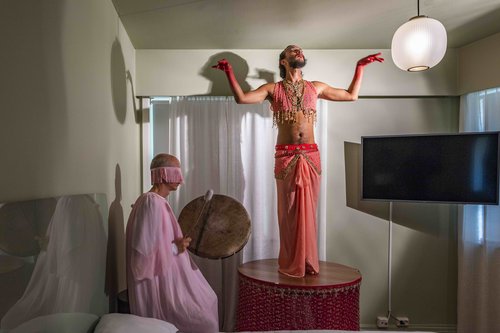 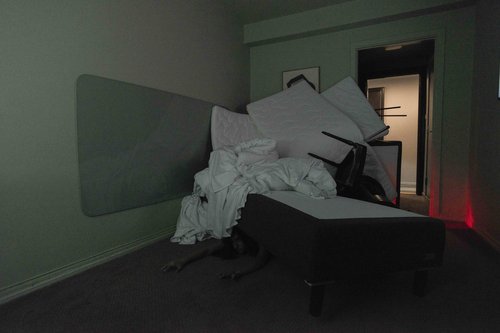 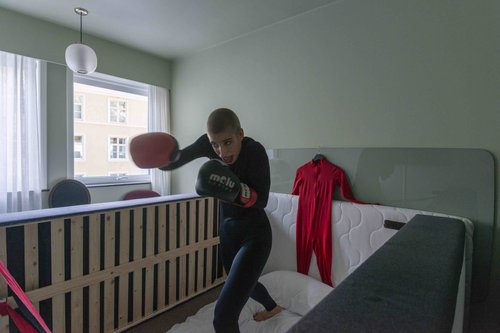 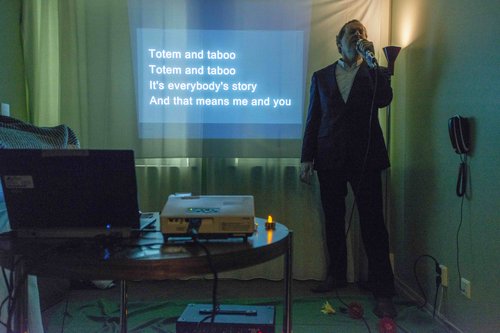 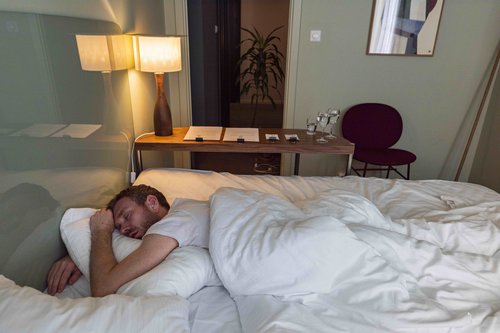 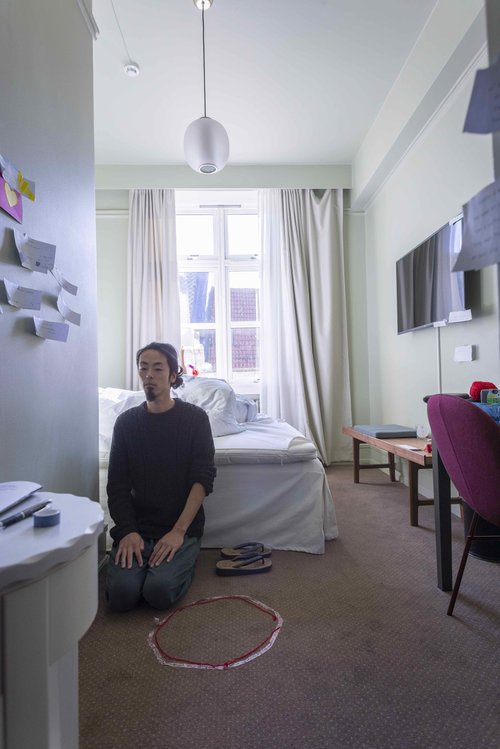 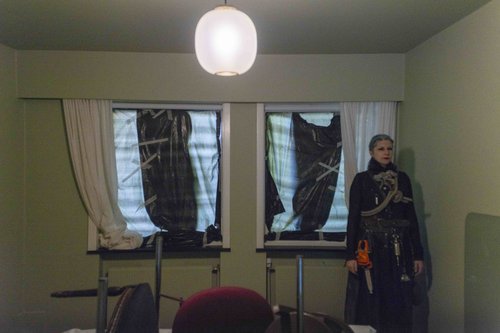 Here is the program for the festival in 2019

Are You Ready? is a new hybrid TV series about the road to a deeper ecological society. The main protagonist of the series is a dead tree; The needle that carries the story's red thread and the prologue to PAB-Open works both as a performance and a film, and will be part of episode I, 'The Needle and The Damage Done'.

Gitte Sætre (b. 1975) is an active resource in the west coast of Norway's art scene. Sætre works as a gallerist, producer, curator, initiator and artist, where she creates academic debate and public discussion outside the art field as well as within it. In 2017 she started the Green Hijab Movement with her colleague Frans Jacob. Green Hijab Movement is a series of artistic interventions in small or larger public spaces. GHM functions as a proposal for finding a new geopolitical concern, often with a focus on the climate and the environment.

Frans Jacobi (b.1960) is a visual artist, living in Bergen and Copenhagen. His work on performance, film and text is about today's political crises, seen through dark poetic humor. Jacobi is Professor of Time-based Art and Constituent Head of Department at the Academy of Fine Arts, Institute of Contemporary Art, UiB, Bergen.

PAB OPEN/PAB OPEN SESSION
October 6th
Time: 12:00-2.00 pm
Grand Hotel terminus - 5. floor - Room 510 Roald Amundsen
PAB Open Session * welcomes participants of the festival PAB OPEN and everyone else with an interest in improvised group performances to participate in a two-hour festival-impro in room 510. The room is available for everyone who wishes to experiment, play and test ideas, individually or with other performers inside the space. No registration are required, you are free to come and go as you please! 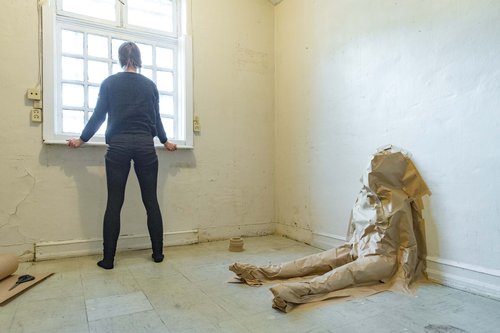 News texts from the performancefestival PAB OPEN in 2019:

Performance Art Bergen could scarcely believe their own ears when Grand Hotel Terminus opened their doors for the performance festival PAB OPEN 2019. This is going to be a unique experience in which 39 hotel rooms will contain various performances by international and national artists. As an audience member, you will be able to go to the 5th floor and experience a rich and varied program of performative expressions happening in parallel inside each of the hotel rooms.

This is a brave decision taken by a hotel which for years has supported the Bergen art scene through the purchase and presentation of art and providing accomodation for visiting artists. Performance is a part of visual art, but at the same time a momentary “image”, a moment which then disappears. PAB Open is a festival which provides room for experimenting and testing out performative expressions. A festival which celebrates fleeting moments, where you have to be present to be able to feel the atmosphere and observe the events. An extraordinary experience with a wide range of sounds, movements and stories.

This is the fourth time PAB OPEN is organized by Performance Art Bergen. This time the visiting artists will be staying in the same room as they are performing in. The artist will check in and then perform for the audience during festival opening hours on Saturday and Sunday.
Saturday evening there will be a seminar dinner entitled “Carbon Reflections”.

PAB encourages the artists to travel to the festival by train. Grand Hotel Terminus is located next to the train station. For this reason, the festival is planned so the artists are able to take the night train from Oslo and arrive Saturday morning, walk 50 meters across the street, start the day with breakfast / lunch at the hotel and then perform afterwards. The next few weeks, an Open Call for PAB OPEN will be sent to a number of international performance organizations.
If BT is interested in following the festival and hear more about it before the news spreads, the Performance Art Bergen crew is eager to tell you more about this unique concept. We are hoping for a positive response.

Bio for the PAB OPEN festival:
PAB OPEN was organized for the first time in 2013 in the old Bergen County Jail, and is held biannually. In 2015 the festival had 80 performing artists - both national and international - and over a thousand guests in attendance. In 2017 the festival was also an extraordinary art experience with 70 international performing artists. With hundreds of performances, it is the biggest festival for performance art in Norway yet.

PAB OPEN is a performance festival that provides room for testing out new performative expressions. Both experienced artists and artists just starting out are invited to participate through an Open Call.

Performance Art Bergen is supported by the municipality of Bergen, the county of Hordaland, Art Council Norway. PAB also wishes to thank Grand Hotel Terminus for their collaboration.